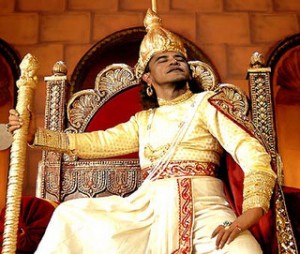 With his fervent advocacy of Fast Track (TPA) with the Trans-Pacific Partnership on the front burner and TTIP and TISA near, Obama must be stopped in his tracks!  He is not only pushing  for things unconstitutional, but they are treasonous and intended to sell out the country to corporate rule and domination.

If one looks at Obama’s actual record, almost every measure he has worked for with his Neoliberal congress, including the Democratic Party, can only be considered advocacy for corporate fascism or Corporatism as  Image by SS&SS via Flickr

Benito Mussolini defined it in the 1920’s   But Obama disguises his “accomplisments” with his silver forked tongue and pathological lies.  But like a pied piper he continues to persuade his followers to head right toward the cliffs to their sudden death of continuing to live in any sense of a Constitutional Republic.  There are numerous well known respected writers and observers of the socio-economic  conditions in our country who have pointed this out and, of course, are never recognized in our corrupt corporate media. I will present some of the notable ones in this blog.

First, Ellen Brown has written repeatedly regarding the trade agreements and in this article just published :

“Obama’s secret trade deals greatly favors big banks. Brown says, “It looks to me the banking system is in control. That’s where all the big money comes from, and that’s where the two big parties got their money. It’s been this way ever since Rockefeller and Morgan back then in 1900—the Democrats and the Republicans. Brown goes on to say, “The goal here is “they” want to own everything and rent it back to us. So, law is no longer a way to protect the people. Law is now to protect the corporations and serve the corporations.

Secondly, Ralph Nader has been outspoken on the trade agreements.  Ralph states recently:

“Make no mistake. If this was only a trade treaty – reducing tariffs, quotas, and the like – it would not be so controversial. Yet, the corporate-indentured politicians keep calling this gigantic treaty with thirty chapters, of which only five relate to traditional trade issues, a trade agreement instead of a treaty. The other twenty-four chapters, if passed as they are, will have serious impacts on your livelihoods as workers and consumers, as well as your air, water, food, and medicines.The reason I call President Obama “King Obama” in this case is that he, and his massive corporate lobbies (royal court), have sought to circumvent the checks and balances system that is the very bedrock of our government.”

Thirdly, I present the work of Rivera Sun and this insightful woman saw the promise of revolution being ignited by the TPP.  In an article she wrote in November 2013 entitled:  “Revolutions Matchstick: The Trans-Pacific Partnership”.

“As you know, I am the author of a delightful little piece of fiction,The Dandelion Insurrection, which is winning friends across the nation. It is an eerily prophetic story, one which posited a mass surveillance system in a United States “just around the corner of today” months before our friend Snowden told us the reality of the NSA. The novel contained the line, “The United States is no longer a functional democracy”, before former President Jimmy Carter practically spoke those words verbatim to the international press. And, The Dandelion Insurrection portrays a hidden corporate dictatorship and the nonviolent movement to end it.”

William Black says in an article he published:

“President Obama wants the world to know that he takes it personally that the Democratic Party’s base opposes his latest effort to sell out the people of the world to the worst corporations through the infamous Trans-Pacific Partnership (TPP) deal. Obama blurted out at a press conference a number of conservative Republican memes as his sole basis for pushing TPP. He then launched personal attacks on Senator Elizabeth Warren and labor leaders (without naming them). Obama, who is famous for keeping his cool when criticized by the GOP, is thin-skinned when criticized by Democrats. Obama never raged at the Republicans’ “death panel” attacks on him, but he raged at Warren as supposedly making an equivalently openly dishonest attack on TPP’s secret drafting process.”

One of the most reprehensible aspects of TPP is that it is (still) being drafted in secret – that it from us, the people – but with corporate lobbyists literally drafting their wish list. Obama made the critical mistake of personally attacking Warren, which is roughly equivalent to a small town mayor launching a personal attack on Jon Stewart. You know the results will be that Stewart will wipe the floor with the mayor.

“The motivation behind U.S. President Barack Obama’s trans-Pacific trade-deal TPP, and his trans-Atlantic trade-deal TTIP — the motivation behind both of these enormous international trade-deals — is the same, and Democratic U.S. Senators Elizabeth Warren and Sherrod Brown are correct: it is not at all progressive. It is instead to transfer political power away from the public in a democracy, and for that power to go instead to the international aristocracy (i.e., to go as far away from any national democracy as is even possible to go). This is to be done by switching the most fundamental thing of all: the global power-base itself. Instead of that power-base being democratic votes of the national publics, who elect their political representatives who determine the laws and regulations, that national democratic political system becomes instead the exact opposite: the global aristocratic stockholder votes of the international aristocracy who elect the corporate directors of international companies, who will, in their turn, then be selecting the members to the international-trade-panels which, in TPP and TTIP, will, in their turn, be determining the rules and enforcements regarding especially workers’ rights, product-safety, and the environment. “

In this Dandelion Salad post and video clip Michael Hudson and a second  including Julian Assange warnings  about the dangers of TPP are given:

“Michael Hudson says fast track legislation takes decision-making power out of the hands of the legislators and puts it in the hands of corporate lobbyists.

Published on Jun 24, 2015   Kevin Zeese says senate passing fast track legislation is the beginning of another round in the struggle over TPP trade bill 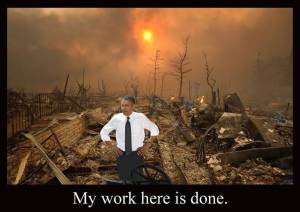 This is no way is intended to be an exhaustive report on the opposition to Obama’s trade agreements and what is presented here does not even emphasize the damage done to environmental laws and labor laws and the ever increasing income and wealth inequalities.  The reason for the latter is that with implementation of TPP and the mostly hidden aspects of the provisions being kept secret is that everyone will learn is that these agreements do not give as much emphasis to actual trade as they do how the agreements will be implemented.  That will, in fact, turn over disputes to secret corporate tribunals which are intended to grant the power to investors to sue any entity and overriding existing or future laws  which are inhibiting their corporate profits. It’s by far the largest step to force corporate fascism on every country involved.  If TTIP (the Atlantic agreement) is added to TPP nearly 60% of the world economies will be included.  TPP is the model–the Trojan Horse–for creating a world subject to corporate fascism or what Sheldon Wolin has defined as Inverted Totalitarianism.  Barack Obama is committing some of the biggest crimes ever witnessed in an American president.  And this will be Obama’s real legacy if he is able to escape from office unscathed.  Then, I predict, when enough people realize the damage to society he has wrought in both domestic and foreign policies,  he will become the most hated person in the world.

Thus, in addition to fighting these with every bit of strength we can gain, including court actions, challenging Constitutionality, etc. what else can be done?  For starters become familiar with the advocacy of Chris Hedges.  Hedges has written and spoken most fervently in his latest book, “Wages of Rebellion, the Moral Imperative of Revolt”.  I wrote a blog recognizing Hedges  entitled  “Honoring the Works of Chris Hedges” which also presents some of Hedges most recent speeches displayed on YouTube.  In those and others, he says clearly that any significant changes in direction will not come from the electoral system and, therefore our corporate owned two party Duopoly.  The moral imperative that Hedges urges is the destruction of the two party system and the corporate state. He further urges mass civil disobedience against  these laws being inacted and the practices which are proposed by them.  I present just one of those highlighted in my blog here and it is must listening for all Americans who care about our future:

About the primary author and editor of this blog site:

Thomas Baldwin holds a Ph.D in Physics and an MBA in Management. He was a Solid State researcher  at the Oak Ridge National Laborstory specializing in neutron radiation damage of metals.  In 1969 he received  the national Sidhu Award for being “an outstanding young scientist for contributions in the field of diffraction.”  He went on to Southern Illinois University to become a professor and Chair of the Department of Physics.  In 1980 he moved to Boulder, Co and became and an independent  consultant in energy related issues at the Colorado Research Institute.  He formed the Boulder Consulting Group  to be consultant to corporations on Management and Leadership problems. In about 1998 he became a professor of Management at Colorado Technical University, where he developed and taught courses in Project Management.  He is now formally retired and focusing on writing blogs on the political sector at his blog site: www.proactvoice.wordpress.com  He now resides in Biloxi Mississippi and his concentration remains one of describing major problems in the political sector and public institutions  including  problems with democracy, capitalism and social welfare issues. He can be reached at doctom2010@yahoo.com